In the mid-2000s, SICK in Linköping grew from 20 to 60 employees. Now, exactly 10 years later, the company is hoping to expand further with 15 more people. The group’s unique competence in Machine Vision is in demand around the world, and the applications for Deep Learning and advanced image analysis are apparently limitless. The journey towards Industry 4.0 is underway at breakneck speed, and a key hub in that journey is Wallenbergs Gata in Mjärdevi.

Combined with precision optics and intelligent electronics, light can be used to carry out a wide variety of tasks. This was the realisation of German engineer and SICK AG founder, Erwin Sick, back in 1946. Nearly 40 years later – in 1985 – Professor Robert Forchheimer of Linköping University managed to fit an image sensor and processor onto the same microchip. He realises that this will pave the way for high-speed cameras, an insight he uses to form the image processing company IVP. Two devoted souls of invention, sharing brilliant ideas that later on would come together as one.

SICK and IVP had rapidly developed into successful companies in their respective segments. SICK, with several decades’ experience, became an international business; while as early as the 80s IVP put Mjärdevi and Linköping on the international image processing map. Among other achievements, IVP created the world’s first smart CMOS sensor with in-built image processing, and subsequently a unique 3D camera.

Both companies underwent their transformations from being small firms founded by inventors into global players on the market for intelligent sensors and industrial automation solutions. At the end of the 90s, the companies got together and collaborated on several product development projects. The businesses merged entirely in 2003 when SICK acquired IVP. The following year, Joakim Delbom was appointed development director of what is now SICK in Linköping. Joakim, CEO since 2007, says that the acquisition came at exactly the right time for IVP.

“It was the best thing that could have happened. The product portfolio expanded, and IVP could continue to develop. We gained access to friends and capital, along with sales offices all over the world. The companies were a perfect match, the mentalities complemented each other right from the start, like a shared, inventive DNA,” smiles Joakim.

In the years that followed, the company canteen became increasingly crowded. SICK in Linköping grew rapidly thanks to investment in product development, with the organisation tripling in size in four years. The unique skill sets at Mjärdevi have always been highly appreciated by the owners of the company. From the outset, there was substantial focus on world-class technology and product development in various segments of image analysis, smart cameras, and all aspects of Machine Vision. This is immense interest in this area right now, especially as the fourth industrial revolution takes shape.

“We’ve earned the trust of management, and we’re doing everything we can to ensure that we’re at the forefront of the exciting developments that are underway in the wake of society’s digitalisation. We’ve been recognised as the skills hub for Machine Vision and robotic applications for 15 years. We’re now expanding with the addition of Deep Learning and the expansion of our knowledge of robotics, an area where what is possible is constantly being redefined. It’s so exciting to go to work,” says Joakim.

The significance of the small and striking a balance

It’s not only the CEO that likes working at SICK in Linköping. The company has been rated as one Sweden’s top workplaces in the “Great Place to Work” employee survey no fewer than four times between 2007 and 2018. At a time characterised by growth, recruitment demands, a rapid pace of development, and not least high customer demand, perhaps this is due to balance – a word to which Joakim returns frequently. The balance between high-tech reasoning and “softer” values. The balance between employees’ professional role and personal commitment in various areas. The balance between the local – the small company Linköping soul – and the global, which is SICK’s natural arena. Joakim and his colleagues are careful to keep at least one foot firmly planted on the home ground of Östgötaland. Being close to the research community and competence of Linköping University. To preserve the family atmosphere and the agile, flat organisational structure.

“It’s inspiring to be part of this journey. Our knowledge is perfect for this day and age. What we specialise in, and what we have built our business on is an integral part of a major societal change, and we’re involved in genuine problem solving. That’s what I think lots of people like. I doubt we’ll ever leave Linköping and Mjärdevi. Rather, we hope that other local inventor souls – with more brilliant ideas – can help machines and humans to see the world and time, with entirely fresh eyes.” 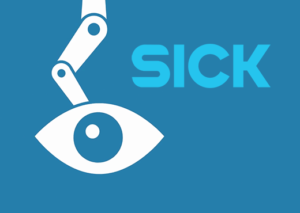